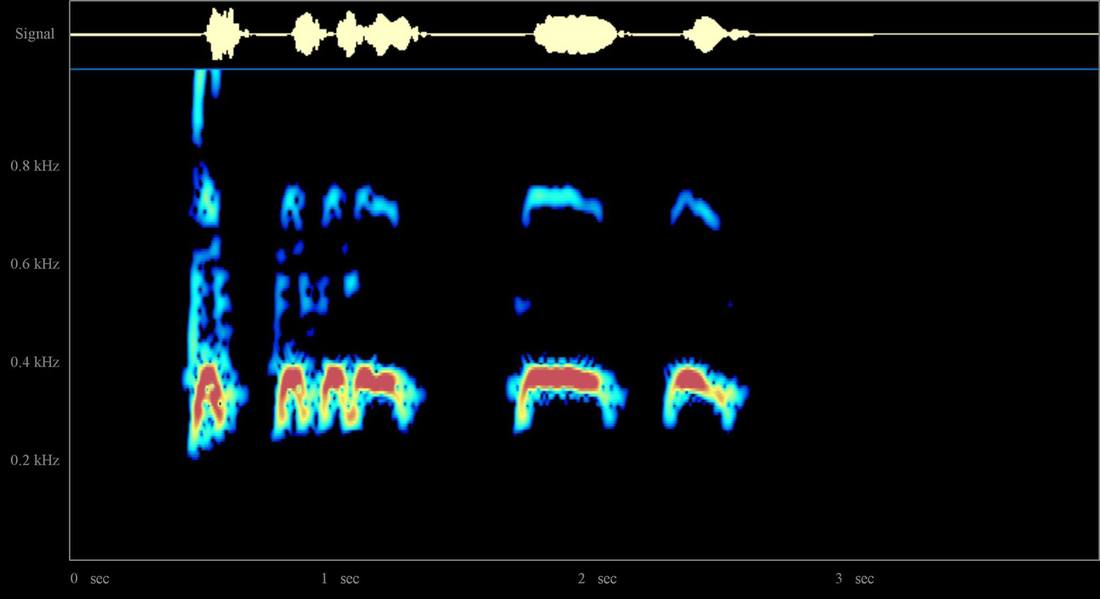 A spectrogram of Alice's hoot
Although we live in modern times, there still is much that isn't known about owls, even common species. For some species in Africa and Asia, the basic life history information like how many eggs are laid is still lacking. Even in North America, the best methods to survey many species isn't understood well, so population data is unavailable for most species.

As of 2004, no one had ever studied the vocalizations of the Great Horned Owl, so Karla Bloem, our Executive Director, took on the task. Using her education owl, Alice the Great Horned Owl, and the wild resident owls in her area as a base, she also collected recordings from sound recordists and sound libraries from around the world. In 2010 she acquired a non-releasable breeding pair to study the vocalizations around the nest. You can watch a live video stream of these owls and help make observations here.

We would eventually like to operate a Northern Saw-whet Owl banding station in the Houston area to help better understand their spring and fall movements. It would be operated by a master bird bander with student interns and volunteers assisting.

We hope to offer research opportunities for students and collaboration with other researchers in the future. With adequate funding we plan to eventually sponsor owl research in other countries.

A degree in biology is not required to help gather data about owls. In many European countries there are owl working groups that include both scientists and interested members of the public working together to learn more about owls. Very often this includes nest box construction, installation, and monitoring.

We would like to use the European model to begin an owl working group, and based on success, eventually expand it using the model of the Purple Martin Society or North American Bluebird Society. Questions to be answered include:
-How often do Northern Saw-whet Owls breed in southeast Minnesota?
-Can Barn Owls be attracted to breed in southeast Minnesota using nest boxes after decades of absence from the area?
-Where do Long-eared Owls nest in southeast Minnesota, and will they use artificial nest baskets as they do in Europe?
-What is the best survey protocol for each owl species found in the area?
​
These and other questions are best answered by engaging interested members of the public to provide the hands, eyes, and ears necessary for a significant number of observations. 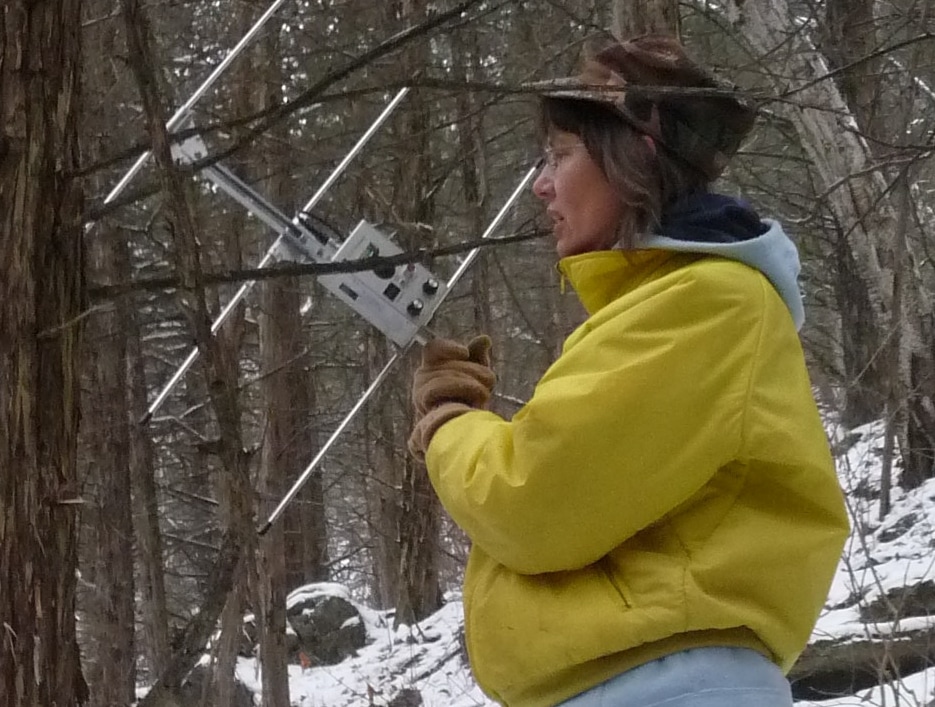