How to live an owl-friendly life

1. Use traps instead of poison to control mice and rats.
Most rodenticides take several days to kill mice and rats, and and dying animals are easier to catch than healthy prey. Even if you don't poison these species directly, pesticides are still likely to work their way into the food chain. Recent studies have found that 60-80% of all Great Horned Owls tested have rodent poisons in their bodies! Click here to see research on how rodenticides are affecting wildlife and pets.
Besides snap traps, you can use CO2 traps, zap traps (Rat Zapper, Raticator, electronic mouse traps),  homemade bucket traps, and more. Click here for more information about controlling rats.
NOTE: Be sure not to use snap traps outdoors, as other animals may be killed in them. We advise against glue traps as they also catch non-target animals (such as snakes in basements and sometimes birds in outbuildings).

Check out this video from Raptors Are The Solution (RATS). 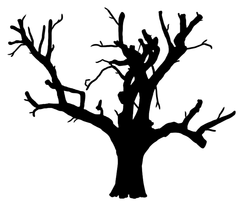 2. Leave dead trees standing when they aren't dangerous. Dead trees provide essential nesting and roosting sites for many species of owls (as well as other critters). If you have to cut down or severely prune a dead tree, wait until late summer, fall or early winter to avoid displacing, injuring or killing owls and other critters nesting in its cavities. 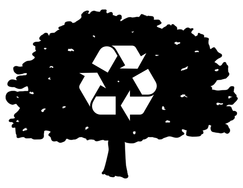 3. Use less paper and buy 100% recycled paper. Paper is made from trees, and most owl species nest in old trees. Reuse paper that's only been used on one side, then recycle it when you've used the other side. Buy recycled paper, and look for 100% recycled paper to keep up the demand for it. Another way you can save paper is to stop getting junk mail, which most of us want to do anyway! 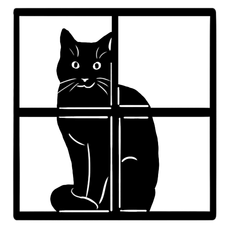 4. Keep your cat indoors. House cats occasionally kill or injure small owls, and also compete with owls for small animals to eat. This makes it harder for owls, especially smaller species, to survive where there are a lot of cats. Keep in mind that it's healthier for your cat to stay indoors for a number of reasons, but one of those reasons is that Great Horned Owls go after cats on rare occasions. For more information about keeping cats indoors, go to Cats Indoors! Or visit our webpage about owls and pets.

5. Don't throw your garbage, including food, into ditches. This garbage attracts all kinds of little rodents, which in turn attract things that eat little rodents--like owls. Owls are often hit by cars when they hunt along roadways, killing or injuring them. Of the roughly 4,000 Great Gray Owls that came into Minnesota during the winter of 2004-2005, about 1,000 were hit by cars. 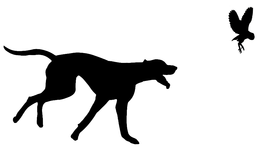 6. Don't let your dog chase birds. When an owl kills a large prey animal it sometimes spends several minutes on the ground eating. During this time it can easily be killed or badly injured by a dog. Young owls just learning to fly are especially vulnerable to dogs. 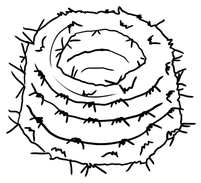 7. Remove any unused barbed wire on your property. Sometimes owls fly into barbed wire fences when hunting. They either die a lingering death, are killed by another animal, or, if rescued, usually need to be euthanized due to the extent of their injuries. 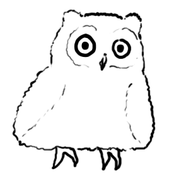 8. Only pick up a fuzzy owl on the ground if you know that it is sick, injured, or both parents are dead. Fledgling owls normally spend a few days on the ground, climbing around, before they can fly well. At this stage they have fully developed wing feathers and short tails, but the rest of their body is still fuzzy. Their parents are usually somewhere nearby taking care of them. If an owl does need help, contact a local wildlife rehabilitator immediately. Do not feed it. Click here to find a rehabilitator in your area. 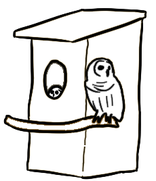 9. Put up owl nest boxes (or make artificial burrows) if you're in the right location. The type of nesting structure and location are very important choices to make. Check out our page on owl nesting structures or click here to find out more about providing owl housing. 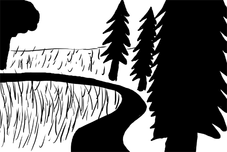 11. Support an owl rehabilitation/research/education center near you. Go to our Links Page for a list of some organizations that help owls. Some of these facilities give you the option of "adopting" an owl. Your adoption fee goes to help an individual owl, and in return you get a certificate and the satisfaction of knowing you helped make a difference in the life of an owl. A wonderful gift idea for owl lovers! 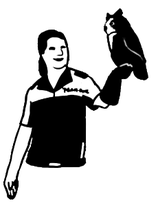 12. Leave the responsibility of taking care of owls to trained experts. Many people think it would be fun to have an owl as a pet. This is illegal in the United States and many other countries because there is SO much to know to give the owl a good life. Owls require large cages, whole dead animals in their diet, cannot be housebroken, can be very noisy at night, throw up pellets, and most veterinarians do not know how to care for them. If you are interested in working with owls, consider volunteering for a rehabilitator or educator near you. See the Owls As Pets page on this site. 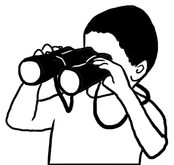 13. Consider becoming an owl researcher. There is so much that isn't known about owls yet, especially owls in tropical regions. For some species, virtually nothing is known even about their basic biology. Science doesn't have all the answers, but we need interested and dedicated individuals to help find the answers! Click here to see find research presented at past world owl conferences. 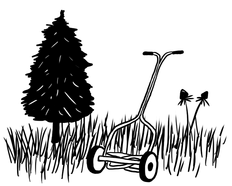 14. Mow less of your lawn. Short grass is not good wildlife habitat, which means there will be less owl food there. Consider planting prairie or other native plants or allowing parts of your yard to be wild. This will attract more wildlife which serves as food for hunting owls.

16. For Halloween, use fake cobwebs indoors only. Small owls can and do get hopelessly tangled in fake cobwebs used outdoors. Sometimes they are injured in the process and need rehabilitation.

17. ​Put a cap or wire mesh on top of your chimney (if it isn’t used by chimney swifts). Screech-owls look for cavities in which to nest and also seek shelter during cold winters. This leads them to fly down chimneys where they are unable to get back out.

18. ​Put a screen on vault toilet vent pipes (or sponsor a screen). Small owls can fly down these vent pipes and get stuck in a very icky situation and die. The Teton Raptor Center is leading the Poo-Poo Project to install screens to keep owls out of outdoor toilets.

19. Buy products with only sustainably harvested palm oil (look for the symbol). Palm oil is found in all kinds of food, cosmetics, and other products. All too often native forest is clear-cut to plant oil palms, removing enormous amounts of critical habitat for native owl and other species. Click here for a video of Harrison Ford visiting Indonesia to see the habitat destruction and click here to find out how your well your favorite companies are doing.