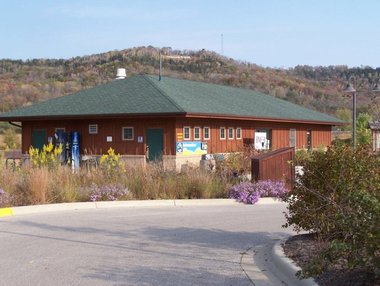 The City of Houston, Minnesota, a town of only about 1,000 people, decided to create a nature center in 1996 to serve as the town's trailhead for the Root River Trail. Karla Bloem began working for the City to develop the Houston Nature Center soon after and was advised by other nature centers to begin programming before the building was constructed. To that end Karla acquired Alice, a permanently injured Great Horned Owl, to use in educational programs in 1998.

As the Center's only live animal, Alice had easily risen to local celebrity status by the time the Houston Nature Center building was constructed in 2001. Due to the Center's twin goals of environmental education and tourism, it seemed only natural to have a Festival of Owls to celebrate Alice's "hatch day" the first weekend in March. 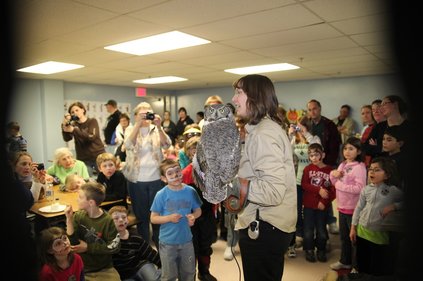 The first Festival in 2003 drew 300 attendees, with little publicity. The Festival of Owls had great potential, and it grew significantly each year with people flying in from all over the United States to attend. When the Festival added the World Owl Hall of Fame, top name owl biologists from all over the world were flying to Houston to speak at the Festival.

With an eye to the success of the National Eagle Center just one hour north in Wabasha, Minnesota, Karla started mulling over the idea of creating an Owl Center in Houston. After all, there was no facility dedicated to teaching people about owls anywhere in North America, and the Festival had proven there was significant interest in learning about owls. 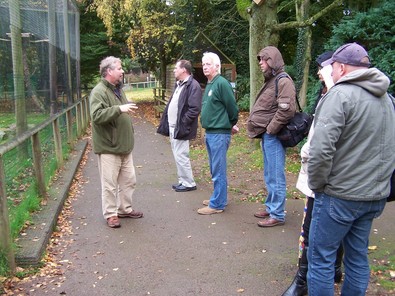 In 2008 Karla was awarded a Bush Leadership Fellowship to allow her to conduct a self-directed program of study aimed at creating an Owl Center in Houston. She took courses in festival and event management, non-profit management, captive raptor care, and raptor field techniques, as well as touring facilities around the U.S. and England.

In 2009-2010 the University of Minnesota conducted an economic feasiblity study for the proposed Owl Center. A summary of findings and a link to the full study can be found here.

In 2010 Karla acquired a non-releasable pair of Great Horned Owls to use in a captive breeding program as part of a vocal study she is conducting on the species. Video of the owls streams live on the internet so people anywhere in the world can watch and help with observations. This became the first step in creating the new Owl Center, although it began through the Friends of the Houston Nature Center.

The Owl Center's Board of Directors started meeting in 2011 and after much discussion settled on the name "International Owl Center" for the new facility. 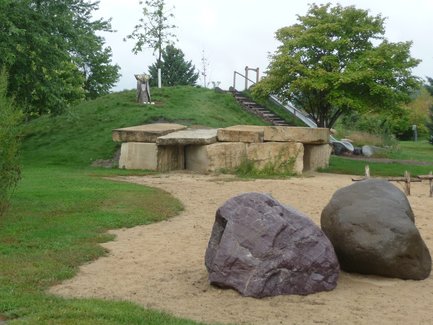 In 2012 construction began on a Natural Playground in Trailhead Park, next to the proposed site of the Owl Center. British owl centers had stressed how important it was to have a playground at their facilities, so this is an important step in the development of the International Owl Center. It was completed in 2013.

Thanks to donations, members, and volunteers, the International Owl Center opened to the public in its temporary home in early March 2015, in conjunction with its annual International Festival of Owls. The next step is to acquire the site for the Center's permanent home, then begin construction.​